Many wouldn’t want more physically-demanding activities just to get stress out of their systems. Taekwondo, marathons, and dragon boat racing don’t sound leisurely either. But in Trisha’s case, joining sports competitions and undergoing strenuous crossfit training are her idea of de-stressing.

Trisha and her husband went to Dubai in 2010 with hopes of establishing a career and earn a good living. There they explored the place, met new friends, and joined a sports team called the Ultimate Junkies.

The core members are comprised of Filipino sports enthusiasts. Most of them are engineers and nurses in Dubai. They’re mountaineers who ventured into dragon boat racing and frisbee. It was Trisha’s colleague who invited her and her husband Michael to join the team in 2015.

Since then, they trained, competed, and won races together. Their team consistently place within the top 10 with second place as their highest win. Unfortunately, Michael incurred a serious injury and was forced to stop training. Trisha continued for a while but eventually quit after she was relocated to a farther workplace. When Michael recovered, they continued running, joining marathons, and working out.

Sports has been a big part of Trisha’s life. “I tried taekwondo for a year in high school,” Trisha recalls, “then started running in Dubai in 2013 to battle stress. In 2015, I joined a dragon boat team and continued running and working out to keep up with the training. Nothing serious, just to relieve stress.”

But in the course of her dragon boat training, Trisha felt she was the “weakest link of the team.” Instead of sulking in the corner or giving up, she persevered. She had her biggest supporters in her husband and her teammates. Everytime she struggled, these words encouraged and pushed her to the limits:

Stay Young for the Young

In 2018, Trisha and her family flew back to the Philippines. Having lived in Dubai for eight years, she had to adjust to a more laid-back lifestyle in Iloilo (where our VMAs are based). She struggles finding time and looking for a place nearby to workout.

“I tried working out at home,” she began, “but my son crawled all over me.”

She also tried a few other sports but admits they aren’t for her. It’s tough juggling being a mom and working night-shift, but Trisha and her husband strive to stay healthy for their son. They have to keep up with him and live long for him.

Health experts stress the importance of de-stressing after a stressful day’s work. It’s also as important to find the most effective and feasible activity for an individual. Trisha found what suits her and it’s all about going out, sweating it out, knowing your limits, and breaking them. 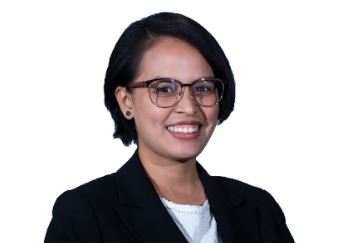 Abigail is a senior writer in Xilium. Before joining the company, she worked as a content creator for online startups and has written about current events, health, lifestyle, and entertainment for US-based online news portals and lifestyle blog sites.

Simple Joys in the Rain
What About Anti-virus Choices
Adapting to the Hybrid Work Model
Bringing Healthcare to More People
PSA: Just Use Two Factor Authentication
Getting by With a Smile
Keep Up With Wellness Best Practices
Remote Work
Being Virtual While Being in the Office
Women’s Health: Celebrating Women’s Month