In the end, we’re all going to be forced to use it. If you do it now, you may even prevent a financial disaster. 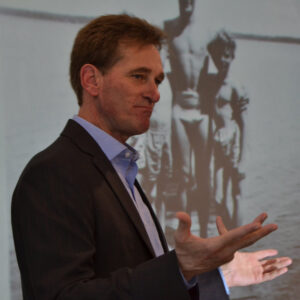 Don Wicklegren is Xilium's founder. He is a technologist by profession who started his career pre-internet in remote medical technology and learning. He has worked in both small and large corporations with world-wide remote staff and became a part of the team who developed the first commercial internet. As an entrepreneur, he started his first technology company in 2001. In Xilium, he focuses on innovating solutions for the US healthcare system.

Adapting to the Hybrid Work Model
Bringing Healthcare to More People
PSA: Just Use Two Factor Authentication
Getting by With a Smile
Keep Up With Wellness Best Practices
Remote Work
Being Virtual While Being in the Office
Women’s Health: Celebrating Women’s Month
A Date With Xillium
Wellness and Watches